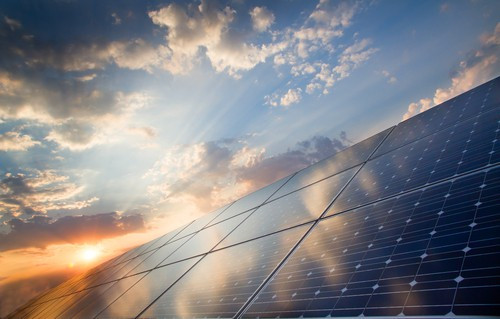 Wind Turbines in Scotland provided a 44% increase in power to the National Grid during the first quarter of 2018.

The rise in electricity compares with the same period in 2017.

In January alone, renewable wind from onshore turbines powered the equivalent of more than 5 million homes.

Analysis of WWF wind power data by WeatherEnergy found wind turbines provided over 5.3m MWh of electricity to the grid during the first quarter.

"An increase of 44% on the record-breaking equivalent period in 2017 is clear evidence the investment made in this technology has paid for the economy and the environment, putting Scotland at the forefront of the fight against climate change."

The statistics for the first quarter of 2018 follow data showing that 68% of Scotland's overall electricity demand was from renewables in 2017.

Environmental group says renewable overtook nuclear as the second biggest source of power UK-wide in quarter 4 of 2017, but they also called for the UK government to stop excluding cheaper power such as onshore, wind and solar from the market.

Karen Robinson of WeatherEnergy, which provided the data for WWF said: "It is great to see renewables continuing to power Scotland, adding to the year on year evidence that greater investment in both renewables and storage is the way forward."